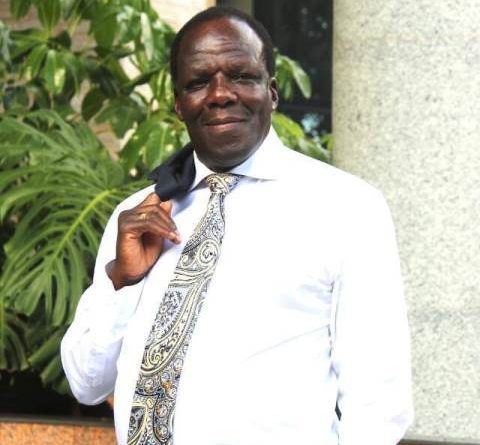 H.E. Hon. FCPA Dr. Wycliffe Ambetsa Oparanya, EGH CGJ, is a Kenyan politician, and was elected in 2013 as the first Governor of Kakamega County following promulgation of the Constitution of Kenya, 2010. He was overwhelmingly re-elected during 2017 general elections.

He is currently serving his second and last term as the Chairman Council of Governors (CoG).

He was previously Minister of State for Planning, National Development and Vision 2030 in the government of President Mwai Kibaki in 2008 to 2013. Prior to this he was Member of Parliament for Butere for two five-year terms from 2002.

He is the deputy Party Leader of ODM, the second largest political party in Kenya.

Wyclife Oparanya was born at Emabole in Butere Constituency Western Kenya on 25 March 1956. He attended Mabole Primary School Butere Boys High School and Kisii School. He then proceeded and acquired Bachelor of Commerce (Accounting option) and an MBA (Finance) from the University of Nairobi. He has been conferred with a Doctorate in Economics having successfully completed his PhD (Economics) at the University of Dar-es- Salaam, Tanzania.

Hon. Oparanya has 23 years of experience in local and international Finance Management, Audit and Business Consultancy. He is a member of the Orange Democratic Movement which he serves as Deputy Party Leader.

Before joining politics in 2002, Oparanya worked at the Kenya Aerotech Ltd as Chief Financial Controller. He plunged into politics and successfully captured the Butere seat from Hon. Dr. Amukowa Anangwe