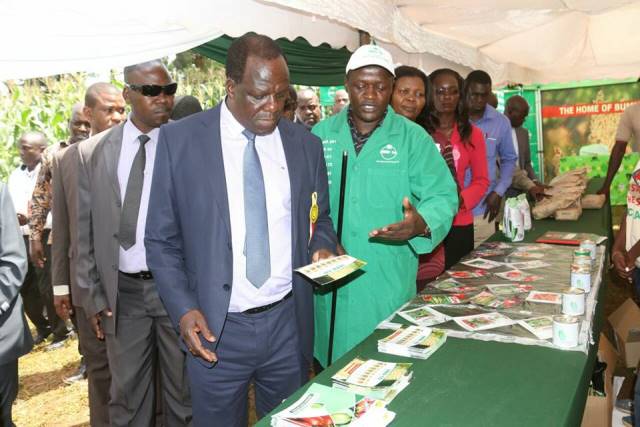 Governor Oparanya said the show provides locals with a chance to learn new technological advancements and innovations in agriculture and called on farmers in the county to embrace the new technologies that will spur growth of agricultural sector. He reiterated his resolve to work with the national government adding that the county government’s policies on Food security, Housing and Health services among others were in line with the national government’s ‘Big Four’ agenda. The Govenor noted that emerging technologies have immensely transformed the lives of small scale farmers in the county as they strive to enhance productivity using ICT tools. “My government is also fast-tracking the growth of industries to create jobs for the residents of Kakamega, County” he added.

Deputy Governor H.E. Prof. Philip Museve Kutima who is also in charge of the Ministry of Agriculture, Cooperatives, Livestock, Veterinary and Fisheries said farmers in the county have realized increased crop production in the past few year’s following the introduction of farm mechanization and provision of subsidized farm inputs and fertilizer to farmers by the county government of Kakamega.