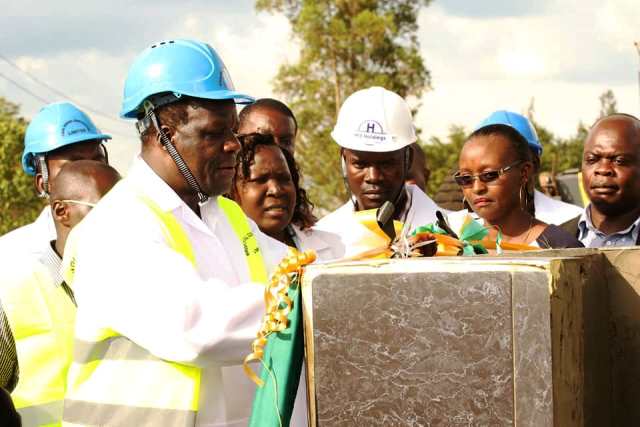 Kakamega governor H.E. Wycliffe Ambetsa Oparanya has advised Mumias residents to stop claiming ownership of land in the Mumias triangle saying it belongs to the government.

“There is no private land here and whatever belonged to the community was sold to the government by our forefathers. They were fully compensated and most of them opted to move elsewhere,” he told a huge crowd that attended the launch of road infrastructure projects in the town.

The County government is in the process of improving road infrastructure, street lighting and beautification of the town to attract serious investors who can fast track modernization and commercial activities.

The government has received financial support from the World Bank under the Kenya Urban Support Programme (KUSP)
through which a funding facility is channelled to devolved units in the form of Urban Development Grants.

Governor Oparanya encouraged residents to apply for allocation of plots which they can develop for commercial activities.