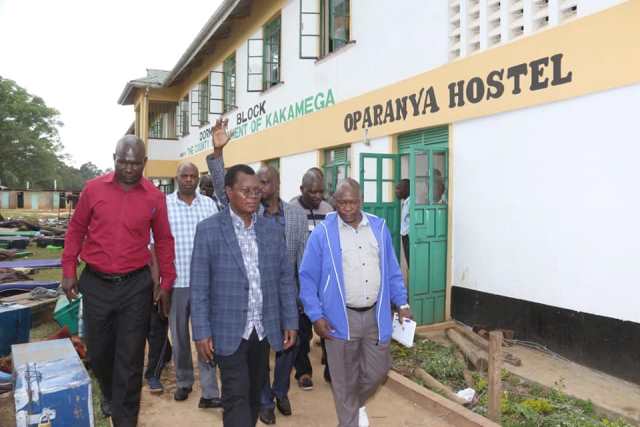 Prof. Kutima observed that Kakamega is now a hub for benchmarking activities by other counties due to the warm and cordial working relations between Governor Oparanya and himself, a factor that has ensured all efforts are directed towards service delivery to the people. “The Governor is a very respectful leader and a true servant of the people who respects both seniors and juniors at the workplace, an attribute that continues to guarantee steady implementation of his manifesto,” said Prof. Kutima.

The deputy governor said he has massive experience, acquired from the Governor over time, which will come in handy in cementing the governor’s legacy beyond his second and final term in office.

“Some people around here think I am not aware of where I’m headed to and are quick to dismiss my steps as uncalculated; they will be surprised,” said the deputy governor amid cheers from the congregation.

Later the deputy Governor visited Musingu High School where he called for calm from the students and the community at large after an early Sunday morning fire broke out in a recently commissioned dormitory. Preliminary investigations by the Kenya Power & Lightning Company (KPLC) ruled out electrical fault as the cause of the inferno. The fire which left property of unknown value belonging to a number of students reduced to ashes was however contained by the school community and County government fire fighting machinery.