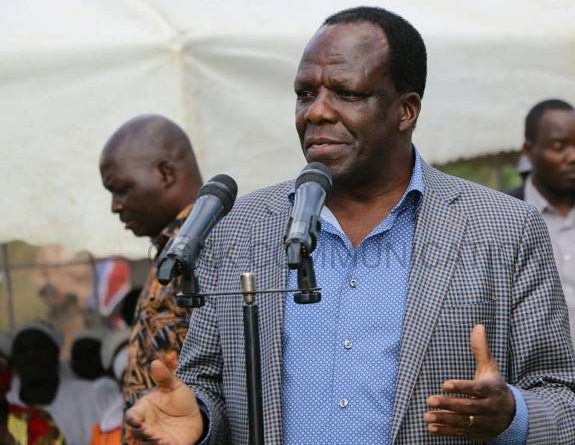 Governor Opayanya eulogised Mwalimu Shitsinzi as a self-less and respectful man of his time. Governor Oparanya called on Malava residents to remain united and shun politicians who were out to divide the region along tribal lines for their own political gains. He challenged the National Government to point out to residents some of the projects it has initiated in Kakamega County noting that the development wind blowing in the county now is as a result of the efforts and programs initiated by the county government.

Governor Oparanya decried the delay in disbursement of funds meant for counties from the National Government terming it a tactic to delay development.

Governor Oparanya also took issue with the late and ‘timely’ project launch by the government in the Western region as the nation prepares for the general elaction. He termed it as a move aimed at luring residents to vote for the ruling coalition which has little development record to show in its four years of existence.

The Governor was accompanied by his Homa-Bay and Kisumu counties counterparts H.E Hon. Cyprian Awiti and H.E Hon. Jack Ranguma, respectively, both who criticised the high levels of graft reported in the national government, and called on the electorates to make wise decisions in the coming general elections.

Governor Oparanya had earlier on condoled with the families of the late Mama Josephine Amwoga and Alex Anyika Khalakuli of Murhanda and Shibuye Wards respectively, Shinyalu Sub County. The late Josephine Amwoga was the mother to Likuyani Ward Adminstrator Doreen Amwoga. The Governor encouraged residents to name and shame corrupt officers in his government whenever they come across one to help him fight the vice from the county.