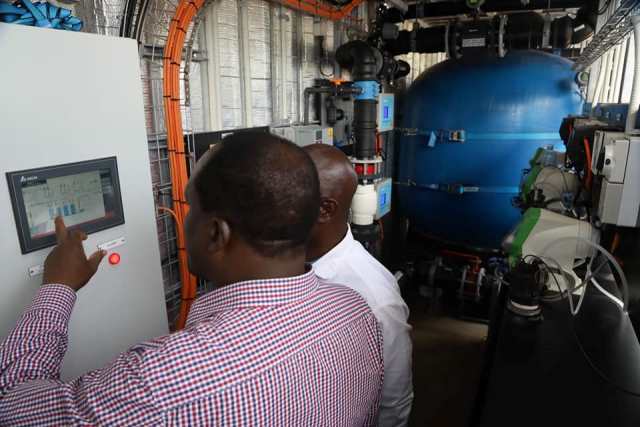 Addressing the residents, Governor Oparanya said it will serve more than more than 28,000 households of the ward and its environs. The project, he added, was one of the several water projects his administration has implemented with support from the Kenya Devolution Support Programme (KDSP).

Dr. Oparanya noted that the County has set aside Ksh 78 million to connect residents with piped water from the project and directed the County Rural Water and Sanitation Company to ensure residents who are unable to pay are connected to the line for free under the programme.

He thanked KDSP for relentlessly supporting the County saying their funding of upto Ksh 340 million has enabled the devolved unit to make positive strides in ensuring that majority of residents are connected to clean, piped and safe water as enshrined in the Constitution.

The Governor used the opportunity to thank residents for the support they have accorded him for the two terms he served them as the County’s pioneer Governor and advised them to elect a visionary successor who is capable of keeping Kakamega County on track after thoroughly assessing all the aspirants contesting the seat.