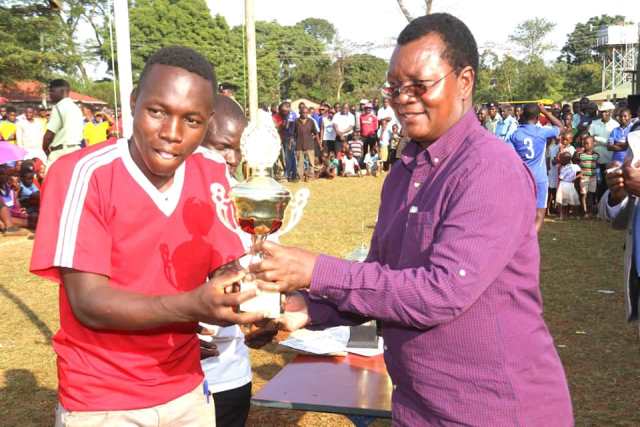 In H.E. Governor Wycliffe Ambetsa Oparanya’s speech read by his deputy Prof. Kutima, the Govenor said the link between extra-curricular activities and excellence in education and training programmes was so strong and added that his government has committed resources for success of both quality education and sports activities in the county. H.E. the Governor said the county government has invested in polytechnics to improve learners technical skills and expertise and encourage self employment among the youths.

Deputy Governor H.E. Prof Kutima on his part challenged the Ministry of Education, Science and Technology to empower the winners in each category much more than just individual team trophies as a way of encouraging the young sportsmen and women.