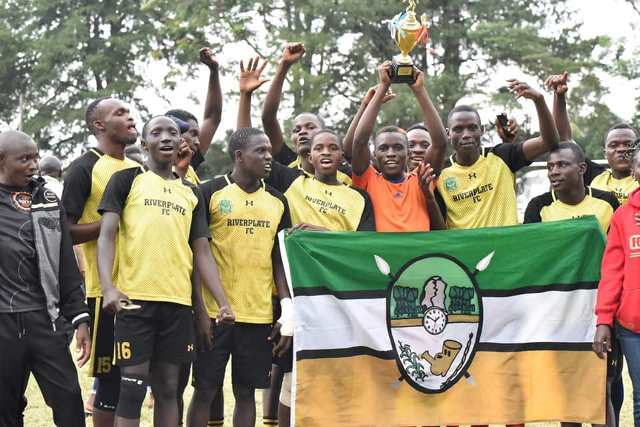 The 5th edition of the Kenya Intercounty Sports Association (KIYSA) competitions came to a closure today at the Nandi Showground, Nandi county after a pulsating week long extravaganza in volleyball, soccer and basketball sports discplines.

Nandi County Deputy Governor Dr. Yuita Cheruiyot who graced the event and awarded trophies and certificates to the winners said KIYSA is an idea that was mooted by county governments to expose and nurture raw talents at the grassroots dubbed “Talanta Mashinani”. “With KIYSA we are now able to promote sports tourism, grow talents among our youths and build our cohesion as a people and as a Nation,” she said

KIYSA Chairperson Mr. Dan Mwangi said the next edition will be held in December 2019. He called on counties to bid for the rights of hosting the 6th edition. Makueni, Siaya, Kwale, Laikipia and now Nandi counties have successfully hosted the previous competitions.

Kisumu county were crowned champions in basketball for both men and women in this year’s championships as their neighbours Kakamega County coached by veteran tacticians Fred Serenge and Edward Odera lifted the men’s football trophy unbeaten. The coastal county of Kwale lifted both volleyball and football trophies in the women category as little known Kirinyaga County stunned hosts and favourites Nandi county to clinch the men’s volleyball trophy.

In attendance were CEC Members from the respective counties, Chief Officers, Members of County Assembly, directors and heads of departments among others. Kakamega County was represented by CECM for Social Services, Culture, Youths and Sports Hon. Robert Makhanu, County Director of Sports Mr. James Muchiri and Sports Development officer Mr. Edward Odera among other staff in the ministry.