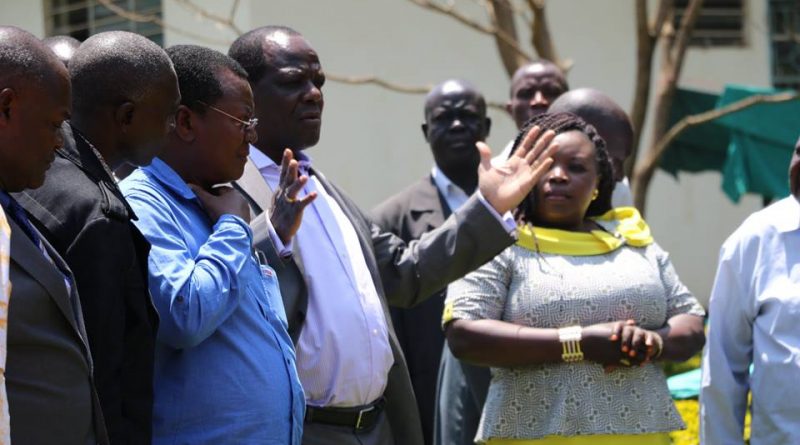 Article 10 (2)(a) of the constitution makes citizen participation a central part of Kenya’s governance. In observing this value, Kakamega County Governor H.E Hon Wycliffe Ambetsa Oparanya on Wednesday led residents in inspecting and commissioning government projects in Malava Sub-County. The Governor’s first stop was St. Teresa Isanjiro Twin Lab Polytechnic where he was pleased with the project which is nearing completion. The next station was Malava County Hospital where the Governor was amazed with the new status of the facility after the government pumped in Shs.10Million for its upgrade last year. Prior to addressing the public at Malava Boys Secondary School, Governor Oparanya stormed into a neighboring Malava Girls Secondary School where it became clear that the institution requires total infrastructural refurbishment.

While at Malava Boys Secondary school grounds, Governor Oparanya urged Kakamega county residents to support the devolved governance saying today Kenyans have projects they can point at courtesy of county governments. The Governor announced that the upcoming Milk Plant project in Malava Sub-County and the soon to be operational Farm in the Box project at Bukura Agricultural College will transform the economy and lives of all Kakamega County residents and her neighbors. The investor who is managing the milk projects, Mr. Finley Campbell, promised to deliver a viable milk industry in Kakamega County in the shortest time possible.

Governor Oparanya was accompanied by his Deputy H.E Hon Prof. Philip Kutima, Hon. MCAs, CECs, COs HODs, and other public officers from both governments.