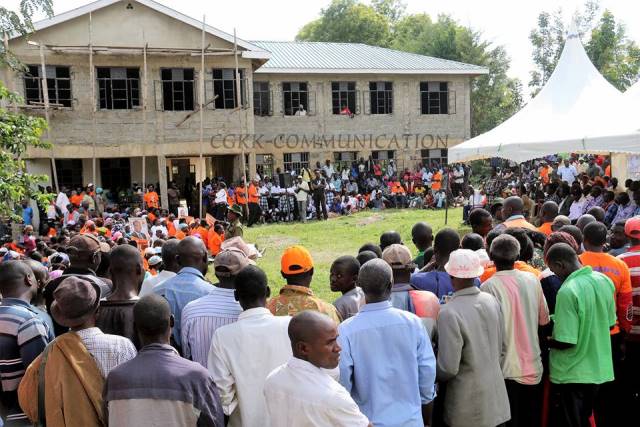 At Shirugu-Mugai, the Governor inspected on going construction of Shirugu Girls centre of excellence. He announced plans to equip the 20 million County Government sponsored centre of excellence with a laboratory, boarding facilities and a dining hall all aimed at creating quality learning experience for the students.He also inspected Mayuge dispensary and Mayuge ECDE centre in West Kabras that are nearing completion.

The Governor has been on record saying primary and secondary education are entirely national government functions but his government will not turn a blind eye on struggling institutions in the county as pupils and students continue to suffer. He urged scholars to work hard in school as it was the easiest way of realising their goals and hopes in life.

He was accompanied by among others Deputy Governor H.E. Prof. Philip Kutima and CEC Members.