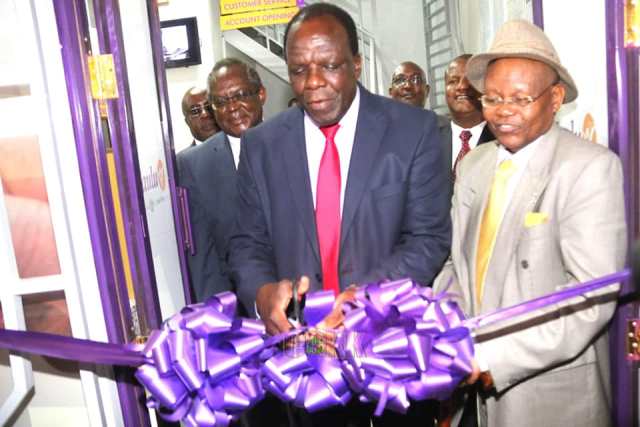 FAULU Microfinance Bank has upgraded its Kakamega branch into a fully-fledged banking institution to offer improved financial services to its customers.

Kakamega County Governor H.E. Wycliffe Ambetsa Oparanya who was the chief guest during the launch welcomed the newest kid on the block saying it will serve as a catalyst for competition and growth of businesses in the county. Governor Oparanya encouraged businessmen and women to treat the launch as an avenue for growing their businesses by seeking for financial assistance from the institution and repaying on time. He stressed the need for major urban centres in the county to operate on a 24 hour basis.

Faulu Microfinance Bank Board Chairman who is also the Chancellor Masinde Muliro of Science and Technology Mr. Peter Muthoka said the bank first opened doors to its customers in Kakamega in 2008 and has since then survived the test of time in the banking industry. He observed that the bank is operating in compliance with both the county and national government’s ‘Big Four’ agenda pillars of Manufacturing, Affordable Housing, Healthcare and Food Security.