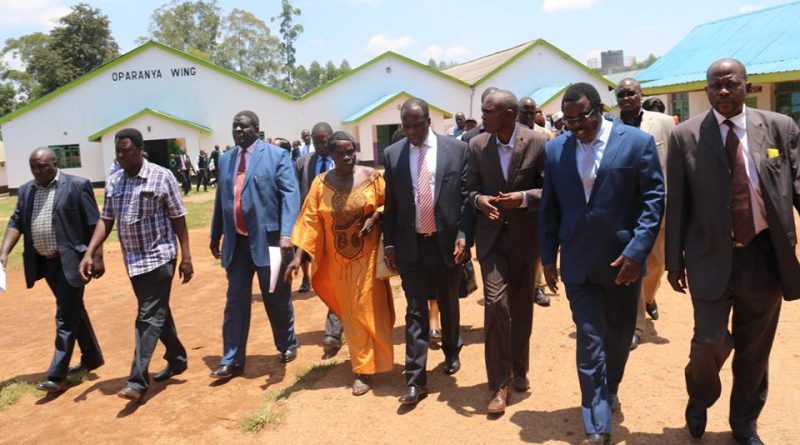 Despite the Kenyan Constitution devolving Early Childhood Education and the Polytechnics in the education sector, it is realized that primary, secondary and university levels are limping and so quick infrastructural transformation is not an option. This was brought out today at Kakamega High Annual General Meeting held at the school’s grounds, where Kakamega County Governor H.E Hon Wycliffe Ambetsa Oparasnya was the Chief Guest.

Governor Oparanya, while addressing the meeting said the government has spent Shs.2.2 Billion in the education sector for the last three years with Kakamega High and Butere Girls, the only national schools in the county, receiving Shs.40 million and Shs.12 million respectively for construction and upgrade of facilities. The Governor went ahead to enumerate other areas where the government has invested in the education sector across the county including construction of 240 ECD Centers, employing 900 ECD and 500 secondary schools assistants as well as 53 polytechnic principals and 200 instructors, sponsoring annually 50 youths from each of the 12 Sub-Counties to study agri-business programs in our polytechnics, constructing 2 centers of excellence in every Sub-County where 19 of the targeted 60 are complete and already operational, sponsoring 12 bright students each from the 12 Sub-Counties to further their studies in China majoring in Medicine, Engineering and Computer Science, provision of Ward-Based Bursaries for bright students who hail from less fortunate families, commissioning of the Kakamega County Higher Education Loan among other programs.