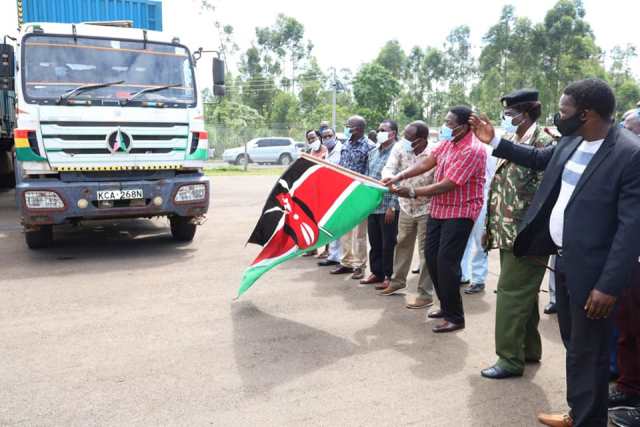 Kakamega Governor Wycliffe Ambetsa Oparanya has urged the National Government to find a lasting solution for the border conflict between Kakamega and Nandi Counties.

Governor Oparanya who was accompanied by Devolution Cabinet Secretary Hon. Eugene Wamalwa, regretted the recent attacks at the border which left two people dead. “It is not good for neighbors to fight and kill each other. They are all our people and I regret we lost lives in the clashes that happened recently,” he said after flagging off food donation to be distributed to flood victims in Kakamega county.

We have had several meetings with leaders and elders from both sides to solve the conflict but no solution has been realized. I request the National Government to step in and offer a permanent solution for this conflict,” governor Oparanya said.

The CS said they (together with his Lands counterpart Farida Karoney) will meet with leaders from both Kakamega and Nandi counties with the aim of finding a lasting solution.

“We don’t want to hear that communities are fighting each other. We need peace so that we can be able to actualise development plans for this country,” he said.