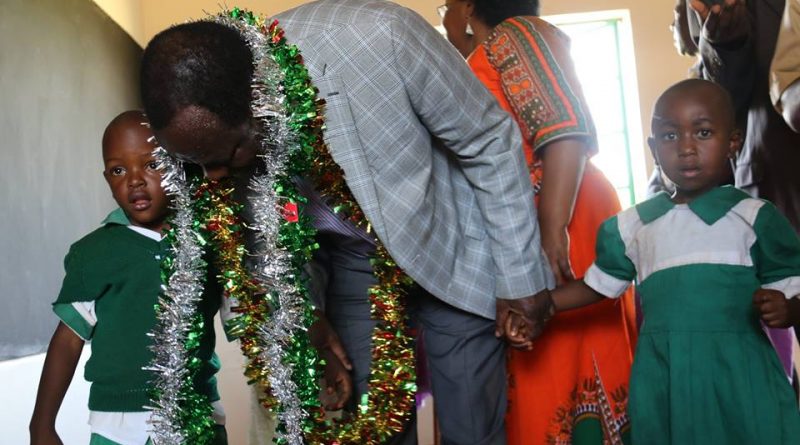 Residents of Lurambi Sub-County were glad to host Kakamega County Governor H.E Hon. Wycliffe Ambetsa Oparanya who had a series of development program in the area. Governor Oparanya inspected, commissioned and launched several projects in Butsotso South, Butsotso Central and Butsotso East wards. The Governor commissioned Matioli Polytechnic, Matioli Primary ECD, Bukura Eco Toilet, Ebuchinga Primary ECD and Lufwafwa Primary ECD. During his developmental tour of the three wards, the Governor launched the construction of a modern market at Bukura and proceeded on to inspect roads as he headed to AFCEA Church grounds for a public participation rally.

Representatives of the many beneficiaries of county government projects and programs such as One Cow Initiative, Mkopo Mashinani, Kazi Mashinani, Improved Shelter, Youths Car Wash Machines and Water Tanks, OparanyaCare among others from the Sub-County narrated their success stories proving that indeed devolution is working in the county. Eighteen elders received a mattress and two blankets to compliment houses built for them by the government while four youth groups each took home a water pump machine and a water tank. The Governor will complete his Lurambi tour by visiting Shirere, Mahiakalo and Shieywe Wards in due course.

Governor Oparanya called on residents to exercise peace and support law enforcers in eradicating individuals who pose a threat to security from the county as the country prepares for the next general elections. The Governor reminded the electorates to sieve well all aspirants of different elective posts on a development scale before handing them power through the ballot. The Governor awarded cheques each worth Shs.2.5Million for construction of ECD Centers to the following primary schools; Mwiyenga, Ebuhayi, Ebung’aya and Shs.4million for construction of Eshikhuyu dispensary.

Earlier in the day, the Deputy Governor H.E Hon Prof. Philip Kutima received six Honorable Members of the East African Legislative Assembly (EALA) led by Hon. Nancy Abisai who paid him a courtesy call. The honorable members held a one day workshop at Golf Hotel in Kakamega town on roles, achievements and opportunities of EALA.