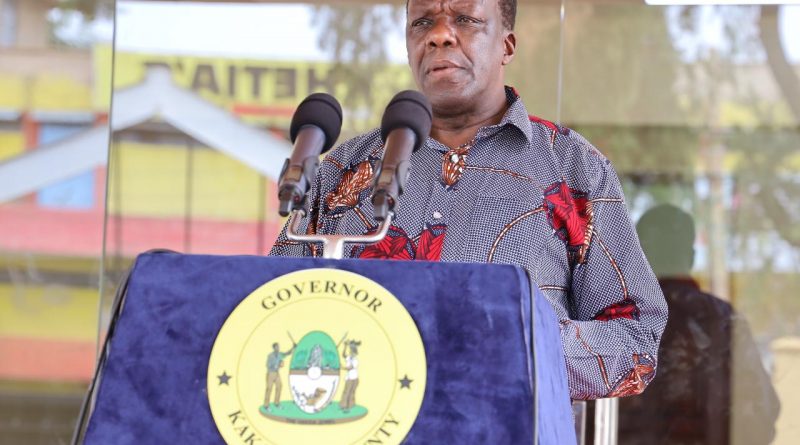 Through the Programme, the County is distributing free maize seeds and fertilizer to 24,000 women farmers across the County.

“This programme targets 400 vulnerable in every ward who were identified through a transparent process,” said Governor Oparanya.

The Governor noted that he has deployed County Executive staff to the field to work with MCAs and other County administrators to ensure smooth execution of the programme.

He regretted that despite the County having favorable climate and good soils for agriculture the County is yet to attain food security.

He added; “Due to financial constraints farmers will pay 60% and the County will cater for the 40%.”

Dr Oparanya said his Government has prioritized streamlining of the Cooperative movement in the county adding that his government has allocated Ksh 25 million for cooperative development of which Ksh 18 million will be given out as grants to 40 Cooperatives spread across the 12 sub counties.

“Ksh 5 million will be used for capacity building for the Cooperatives to improve governance structures and keeping of records,” said the Governor who was flanked by Mr Morphat Mandela, the Governor’s Advisor on Youth Affairs and Mainstreaming.

He noted with concern that Cooperatives in the county have performed poorly yet they were key to his agenda of alleviating poverty and ensure economic growth.