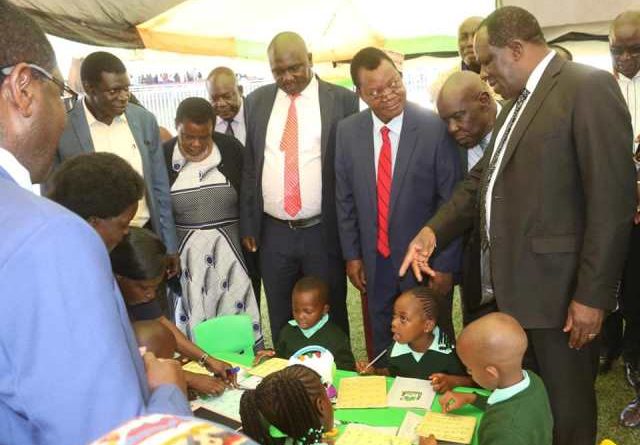 Today Kakamega Governor H.E. FCPA Wycliffe Ambetsa Oparanya led education stakeholders in the County as well as partners and government officials in a colourful launch of the ECDE Empowerment Programme.

The highlight of the ceremony was the distribution of new furniture for the county’s 344 ECDE centres worth Shs50 million.

In his speech, the governor said the County government had disbursed Shs120 million to support ward-based bursary kitty to ensure that needy students remain in schools and realize their dreams.

MEANWHILE, Governor Oparanya has called on officers in the nursing profession to be prepared to serve selflessly with love and compassion. He said critical care nurses work for long hours on their feet in a difficult environment and they should be appreciated for their sacriffice.

The Governor made the remarks during the official opening of the annual critical care nurses conference under the auspices of the National Nurses Association of Kenya, Critical Care chapter, held at Kakamega Golf Hotel.

He said Kakamega County had embraced the national strategy on Universal Health Care and was committed to establish ICU facilities in all major hospitals including Kakamega Teaching and Referral Hospital that is under construction and Level Four hospitals. “Plans are underway to recruit 500 more nurses to serve in health facilicities across the County”, he added.

Emphasizing on the importance of preventive Medicare services, Governor Oparanya said the County’s Imarisha Afya ya Mama na Mtoto had been exceptionally successful with initial budget of shs100 million.
“Right now we have 50,000 women on the programme and we require more than shs200m to meet the demand,” he said.