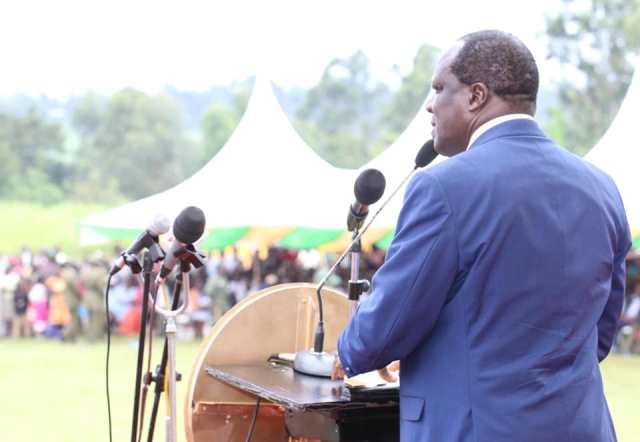 Speaking at the event, H.E. the Governor praised Kenya’s heroes and heroines for sacrificing their lives and comfort to ensure the country attains her independence. “We in the devolved units must seize this special occasion to join other Kenyans wherever they are to renew our commitment to the spirit of heroism”, he said.

Governor Oparanya said there was need for the country to re-look at the constitution with a view to making amendments that will deliver the full promise of devolution. “Constitutional amendments are key to address the bottlenecks in equitable sharing of national revenue as well as ensure adherence to the CRA’s technical recommendations by restricting any deviations by the National Assembly”, said the governor.

The governor added that the amendments would also address issues of inclusivity and ethnic diversity in the government as well as creation of a financial anatomy for county assemblies. “As the talks for constitutional amendments gain momentum in the country however, the county government of Kakamega is committed to implementation of flagship projects in the County Integrated Development Plan and the Anual Development Plan to ensure a decent and prosperous life is attained for the citizens”, the governor assured.

He reiterated his earlier directive that owners of all buildings and permanent structures in the county must seek proper approvals from the government before any construction commences. This he said will prevent cases of accidents or deaths occasioned by collapsing structures.

The governor also called on the national government through the County Commissioner Madam Pauline Dola who was present to speed up completion of national government projects under construction in the county such as Lurambi-Ingotse-Navakholo road among others.