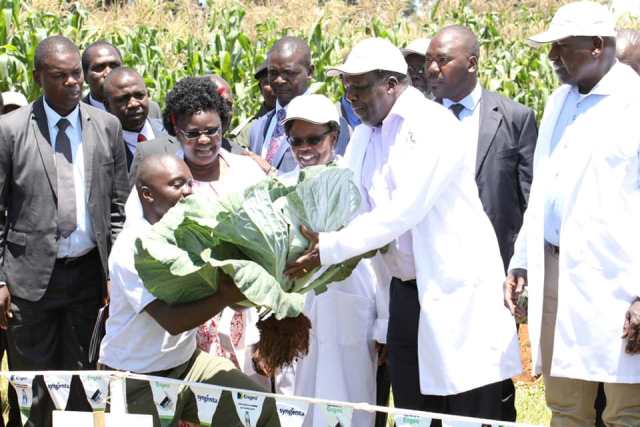 Kakamega Governor who is also the chair of Council of Governors, H.E.Governor Wycliffe Ambetsa Oparanya has said county governments are unfairly denied funds to carry out devolved functions.

Citing funds due to the agricultural sector development, a devolved function, the governor said substantial funds from development partners and the national kitty were never released to counties by the National Treasury during the last financial year.

He commended the university for commitment to engage in research to address challenges facing food security and development of agro-based industries, saying Kakamega County and Council of Governors will soon engage the university in structured collaboration through an MOU on research activities to improve agricultural production.
He singled out environmental issues, production of drought-resilient crops and increased budgetary support for the sector as key elements to focus on.

He called on County governments to revise, update and customize national agricultural policies to enhance production through the deployment of efficient methods and technologies.