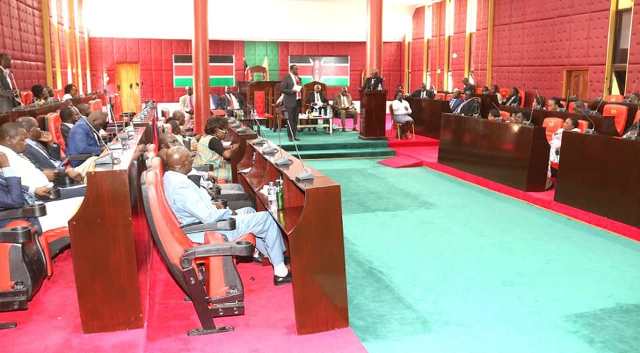 H.E. Governor Wycliffe Ambetsa Oparanya has said there is no room for politics in the newly formed Lake Region Economic Bloc (LREB).
The bloc which brings together 14 governors from the Lake Region counties, seeks to pursue economic development agenda and to improve people’s livelihoods.

The Governor said this today during an interactive session with members of Homa Bay County Assembly. In his address to the MCAs, he reiterated the bloc’s reasons for existence which include fighting poverty, sharing of resources, leveraging on economies of scale, mobilization of resources to support flagship projects as well as empowering farmers and small traders to venture into viable entrepreneurship. He singled out the proposed regional development bank as the single most important flagship project the bloc will unveil soon.

On arrival, the Governor was received by the Deputy Governor of Homabaya County, H.E. Hamilton Orata and the Speaker of Homabay County Assembly, Hon. Elizabeth Ayoo.