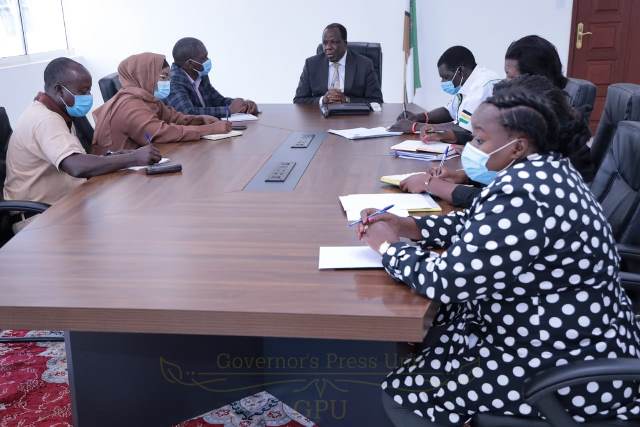 Speaking during a meeting with NLC Commissioners who paid him a courtesy call, the Governor complained that prime plots in Kakamega town were illegally allocated to civil servants who are now demanding for compensation after the county initiated the process of repossessing them.

“We are battling cases where senior public officers allocated plots illegally are demanding for compensation. This is an area where we require NLC’s intervention because the plots are lying idle,” said Governor Oparanya.

He blamed NLC for allocating repossessed land to some institutions without involving the County Government.

He said land issues are very emotive noting that this has caused Counties to face many problems in their bid to put public land into use.

“We have areas like Mumias where the Government compensated people to move out of the land but those people came back and settled on those plots,” he said.

The Governor asked NLC to support the County acquire leases for several plots in the County to enhance development.

Mr Tiya Galgalo, NLC Commissioner assured the Governor that the Commission will support the County in handling and resolving land issues to enable the County repossess idle plots for development.

“We will fast track the process so that we resolve some of the land issues in the County,” said Galgalo.