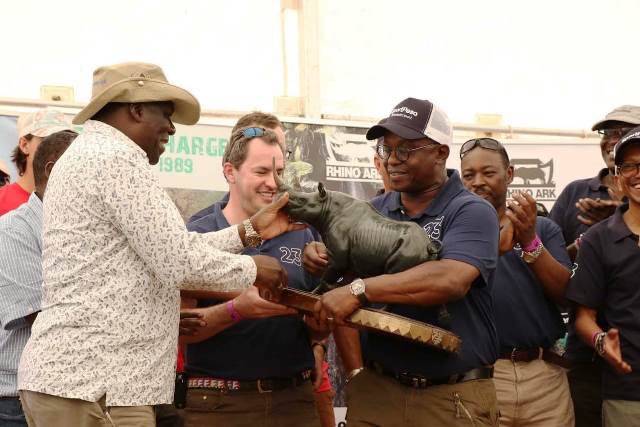 Kakamega governor and chair of the Council of Governors, H.E. Wycliffe Ambetsa Oparanya today graced Rhino Ark’s premier fundraising event in Isiolo during which Shs.156 million was raised towards conservation efforts in the country. Kakamega forest will be a major beneficiary through these efforts.

Speaking as chief guest during the Rhino Charge competition event, governor Oparanya emphasized that he was delighted to participate in the 2019 edition at a time when Rhino Ark and Kenya Wildlife Service are mobilizing technical and financial support for Kakamega forest’s conservation efforts.

He added that the County government of Kakamega had commited Shs.100 million towards fencing of Kakamega forest.

“We will disburse Shs.50 million towards conservation of the forest, and Shs.25 million in two subsequent years towards the electric fence project estimated to cost Shs. 200 million.

He thanked Rhino Ark Chief Executive Officer, Christian Lambrecht for organising a highly successful even in which nearly 60 cars participated.