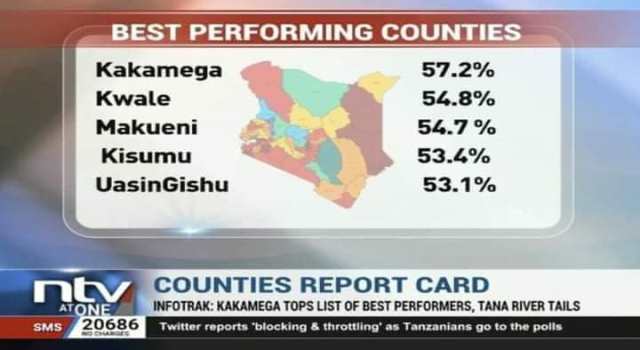 The Infotrack poll released has rated H.E FCPA Governor Wycliffe Ambetsa Oparanya as the best performing County boss in the whole Country with a mean score of 82.3% ahead of Kwale’s H.E Salim Mvurya and Governor Kivutha Kibwana of Makueni in the second and third position with a mean score of 77.1% and 74.4% respectively. Furthermore, the poll rated Kakamega County as the best performing County with a score of 57.4%, 3% higher than the second best County, Kwale.

We thank the thousands of Kenyans who participated in the survey for recognizing the efforts of Governor Oparanya as he strives to fulfill his promise to the people of the great County of Kakamega.