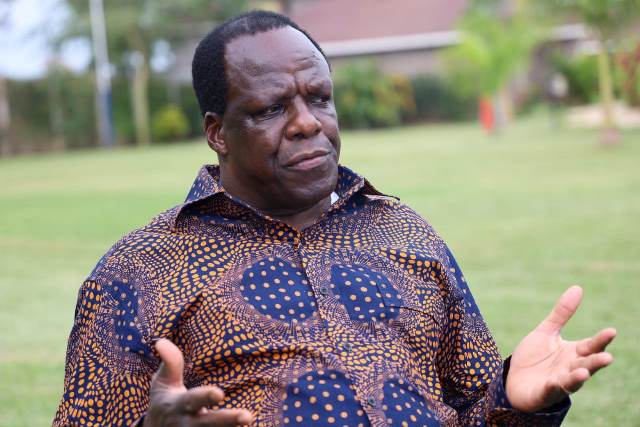 Kakamega County is basking in the glory of mega milestones delivered to residents courtesy of devolution. The brains behind the success is H.E FCPA Governor Wycliffe Ambetsa Oparanya together with his dedicated team of officers led by his able Deputy Prof. Philip Museve Kutima and a dedicated County Assembly.

In an interview at the sidelines of a consultative forum between the Executive and the Assembly on Saturday, Governor Oparanya said he would like his legacy to be the connector to his name way after he has left the county’s top CEO job.

“Anyone coming after me and keeping with the momentum will move Kakamega County to greater heights in terms of development,” he stated.

As Chair Council of Governors, Oparanya said devolution has transformed the country despite the challenges witnessed and called for proper internal financial control systems in the devolved units and other Government entities to guard against fraud.

“It is unfortunate however that some technical people in the National Government who still do not believe that devolution is here to stay are fighting it with unpopular legislations in sectors like Agriculture, Water and Health with the aim of clawing back the gains made countrywide,” he regretted.

The Council of Governors’ Chair said future ammendments to the constitution should give counties a wider revenue collection base as a way of strengthening devolution.

“The National Government should for instance collect taxes on imports as counties raise own revenues before both levels of government finally share the consolidated resource, as stipulated in the Constitution,” Governor Oparanya noted.

The County boss revealed that his administration inherited only 4 internal auditors from Kakamega’s defunct six local authorities when he took over as the Governor, a factor that hindered proper checks of finances.

“As a county we have increased that number to 32; the Audit department must be well equipped to tighten the loose ends so that money is not siphoned out,” the Fellow Certified Public Accountant advised and urged his counterparts to strengthen the audit docket in their counties.

Governor Oparanya condemned corruption that is seemingly deep rooted in Government agencies both at the National and County levels and implored on leaders not to politicise the fight against corruption, terming the vice a real threat to devolution.

The Governor was flanked by his deputy H.E Prof. Philip Museve Kutima.