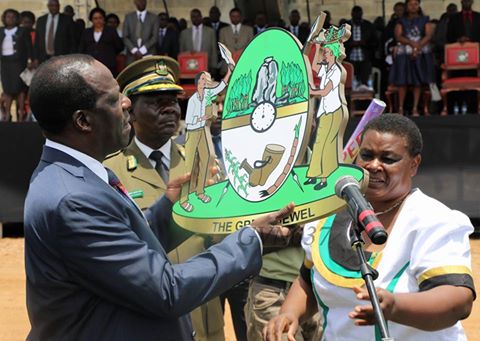 The County Anthem will now be sang in all County functions within Kakamega County while the Governor, his Deputy, Speaker of the County Assembly and County Executive Members will be allowed to fly the County flag while on official duties.

Governor Oparanya also released the Kakamega county projects implementation report for the last four years he has been in office and enumerated some of the gains made by his government since the inception of devolution. Several sons and daughters of Kakamega County who have been involved in various acts of heroism or/and bravery were also feted for their contribution to the County and Country at large.

Also present was Deputy Governor H.E Prof. Philip Kutima, Members of the County Assembly led by Speaker Hon. Morris Buluma, CEC Members, senior officials from both the county and national governments and members of the public.