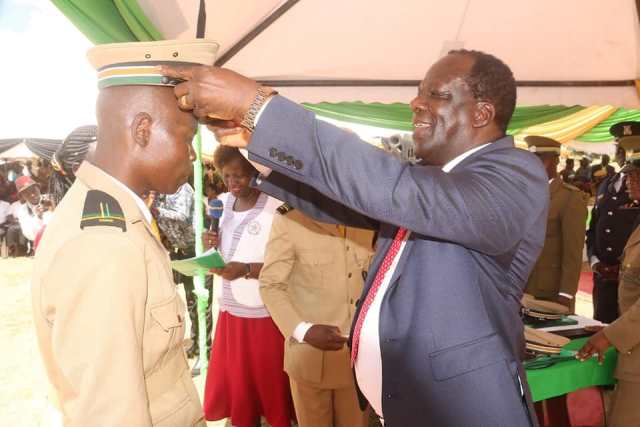 Kakamega today became the first County in Kenya to install the new cadre of Community Area Administrators. Plans are underway to install 400 of them in the next few weeks including the Ikolomani and Lurambi Sub County administrators who were today handed instruments of authority by H.E. governor Wycliffe Ambetsa Oparanya.

Speaking during installation ceremonies held at Malinya Stadium in Ikolomani and Shisiru market in Lurambi Sub County, the governor warned the officers against corrupt practices which he said will attract swift disciplinary action including dismissal from public service.
He also cautioned wananchi against offering civil servants inducements in return for favours.

Reminding them of their roles in the devolved structure, governor Oparanya said the administrators were equivalents of chiefs in the national government and they are expected to work closely with Community Councils that will be established soon to deliver services at the grassroot level.

The roles, stipulated in the Constitution, focus on coordination, management and supervision of general administrative functions in the Community Area, particularly governance and service delivery matters.
“Beyond these constitutional functions these officers are supposed to serve mwananchi; they are the face of the government at grassroot level. They should be the first to know and report if there is a disease outbreak and be involved in the implementation of remedial measures,” he said.