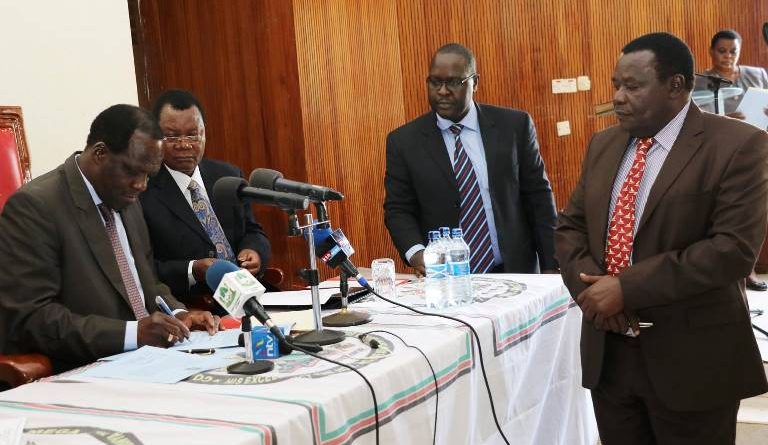 Kakamega County Governor His Excellency Wycliffe Ambetsa Oparanya today assented to two bills: the Kakamega County Administrative Units and Boundaries (Amendment) Bill 2016 and the Kakamega County Decentralized Units Act (Amendment) Bill 2016. H.E Governor Oparanya also inaugurated the Administrative Boundaries Committee which is tasked to conduct public hearings and gather all the presentations in determining boundaries of villages and community areas before submitting a report of recommendations to the County Executive Member for Public Service and Administration and H.E The Governor in a period of three months. Once tabled before the cabinet, the report will be handed over to the County Assembly of Kakamega for scrutiny and adoption. This will pave way for employment of Community Leaders and Village Administrators.

Later in the day, H.E Governor Oparanya attended the burial of the late Mama Belinah Irenji Aswani at Isanjiro village, Lurambi Sub County. The late Belinah was the wife to Mr. John Aswani, who is the official driver to the Governor.