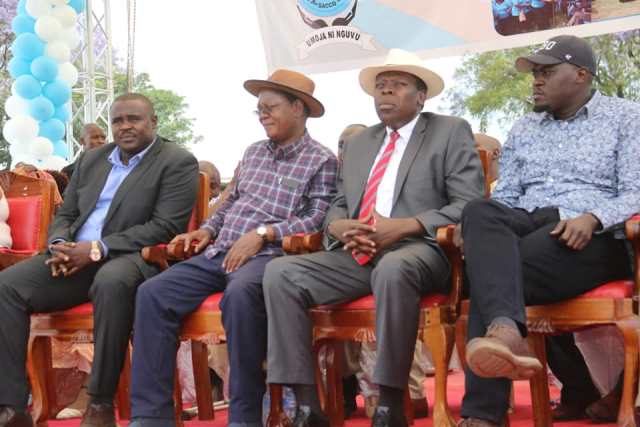 The launch of Kakamega County women’s Maendeleo SACCO (KACOMA) at Bukhungu Stadium today was full of drama and fast flow of big cash. The launch and fundraiser was presided over by the Deputy Governor, H.E. Philip Museve Kutima on behalf of H.E. the Governor, Hon. Wycliffe Ambetsa Oparanya, who donated Shs500,000/= towards
the SACCO’s investment kitty.

Besides dwelling on 2022 succession politics, most of the leaders also focused on development milestones in Kakamega, giving deserved credit to H.E. Wycliffe Oparanya whom they acknowledged as a model development focused leader. The leaders supported Oparanya’ leadership of the Lake Region Economic Bloc and his State House 2022 bid.

KACOMA SACCO has started off on a high note with 12,000 registered members with Shs20 million in its bank account.
Also present were Hon. MCAs of Kakamega, CECMs, Chief Officers and Advisors all of whom donated generously.