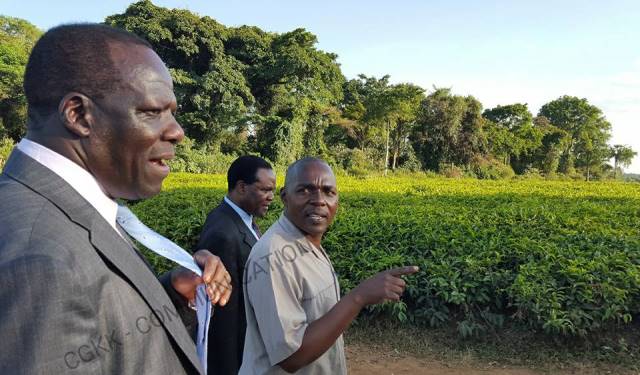 It was pomp, colour and jubilation in Shinyalu Sub-County as Kakamega County Governor H.E Hon. Wycliffe Ambetsa Oparanya launched the construction of the first ever Tea Factory in Kakamega County on Monday afternoon at Madala Centre.

Governor Oparanya encouraged residents of Shinyalu, Ikolomani and Khwisero Sub-Counties to embrace tea farming on large scale as the factory will require plenty of the crop to be functional on a long term basis. The three are the main tea growing sub counties In Kakamega county.

Governor Oparanya announced that once operational, local farmers will join cooperatives at individual Sub-County levels which will intern form a common union enabling tea farmers own shares in the factory as the county. To fastrack this program, Governor Oparanya announced the government’s plan to reach an agreement with the contractors for farmers to own 30% of the shares for them to participate in the development of Kenya. It is to be remembered that last year Governor Oparanya distributed free tea seedlings to farmers in Khwisero and Shinyalu Sub Counties in preparations for the upcoming factory.

Once complete, the factory, to be constructed at Madala Centre, is set to uplift the economy of Kakamega County and improve the living standards of the locals.