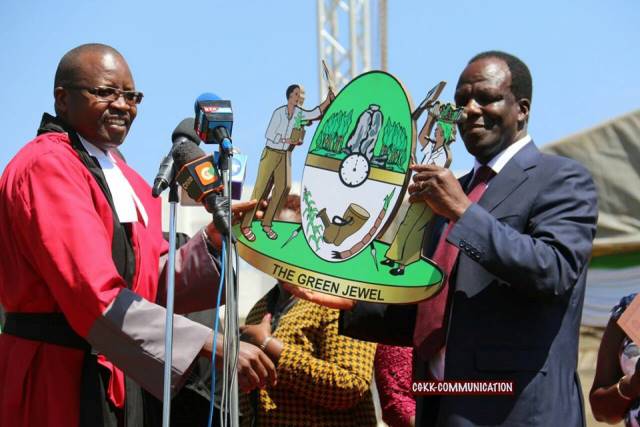 H.E Wycliffe Ambetsa Oparanya was today sworn in as the Governor of Kakamega County for a second term.

Flanked by his Deputy, H.E Prof. Philip Museve Kutima, Govenor Oparanya thanked Kakamega County electorate for turning out peacefully to exercise their democratic right through the ballot during the just concluded general election. Governor Oparanya restated his earlier promise and resolve to better the lives of Kakamega residents through development. He expressed his willingness to work with all elected leaders in the County and called on those who lost to embrace togetherness and forster unity.