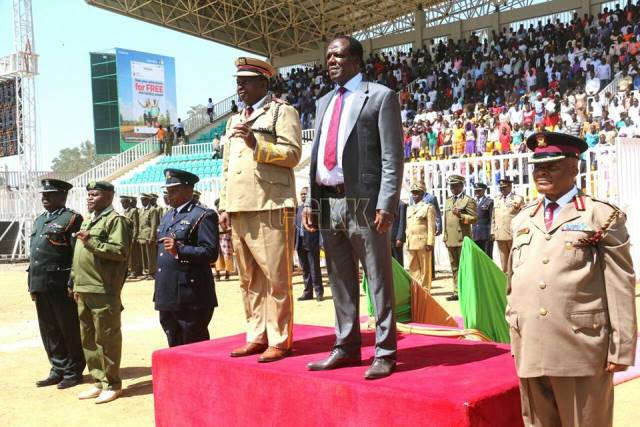 Governor H.E Wycliffe Ambetsa Oparanya thanked members of the public for remaining steadfast with his government’s agenda since inception of devolution referring to them as true sons and daughters of the county. The Governor noted that the day the country gained full independence is a significant day as it marks the day our nation Kenya gained full independence from the British rule. He however decried the slow pace of progressive development in the country due to high levels of corruption, diseases, ignorance and poverty that have rendered economic take off in the country a pipe dream.

The Governor highlighted various milestones achieved by his government for the past four years expressing optimism in the future if devolution is safeguarded by the people.