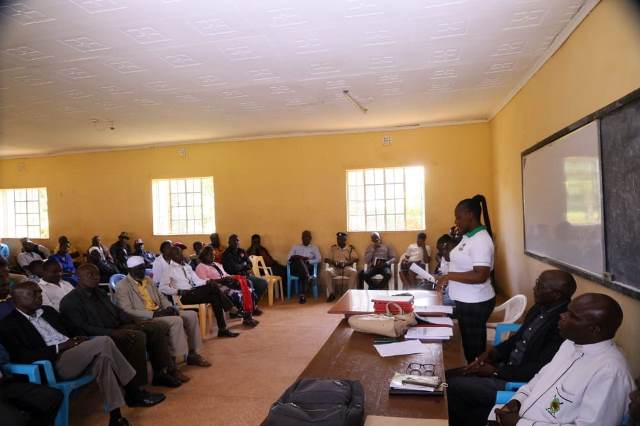 The County Government of Kakamega through the Department of Finance, Economic Planning and Investment today, Monday, begun collecting views from Kakamega residents on the Draft County Integrated Development Plan (CIDP) 2023-2027, aiming at enhancing the document through public participation forums.

The County Budget and Economic Forum (CBEF) Secretary Rev. William Owuya who is also a member of the Inter-Religious Council of Kenya commended the participants saying they represented the views of the community.

“Those who have come represent the unheard population such as children, People With Disabilities and the Marginalized; as you return home, educate those who did not get a chance to be here on what we have deliberated as a County for inclusion into our five year Plan,” he said.

Rev. Owuya who joined the residents at Isanjiro County Polytechnic in Chemuche Ward, Malava Sub-County also thanked the County Government for developing the Draft CIDP and inviting views from members of the public. He urged residents to turn up in numbers for the exercise in their respective Wards.

The sectors receiving most reactions from wananchi so far are Agriculture, Education and Roads.

The exercise that continues today, Tuesday, in various parts of the County is also being attended by respective Honourable Members of County Assembly and Officers from the County Government.