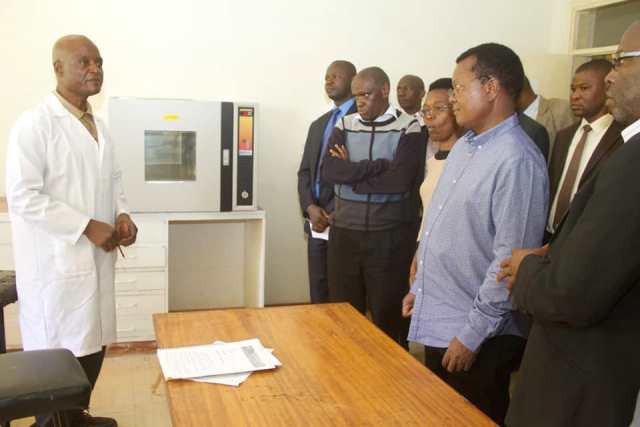 The facility, fully funded by the County Government of Kakamega will be tasked with among others controlling animal diseases, pests as well as enhancing disease surveillance.

Deputy Governor H.E. Prof. Philip Museve Kutima who was the guest of honour said the county government through the department of veterinary services has timely identidied animal diseases and instituted control measures. Prof. Kutima called on the residents and in partcular farmers to actively participate in combating zootic diseases such as Anthrax, Rabies and Brucellosis. “We have enhanced farmers access to artificial insemination services by procuring motorcycles which are used for insemination,” he said. Currently, 48 inseminators are distributed across the county with 1400 inseminations so far achieved on a monthly basis.

During the event, inseminators across the county were given AI kits and doses of semen.

In attendance were chief officers Dr. Kelly Nelima and Mr. Jeremiah Namunyu, advisors in the office of the Governor, Members of the County Assembly led by Agriculture Committee Chairman Hon. Geoffrey Omumatera, directors, heads of departments and partners among others.