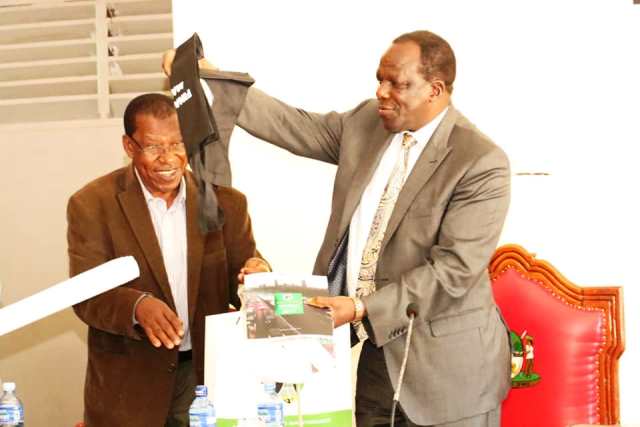 The Roads Board delegation was led by Eng. Michael Karanja, sitting in for the chair, Ms. Rita Karashe and, Executive director, Jacob Ruwa.

The roads team congratulated the governor for his election as chair of Council of Governors and commended him for his excellent record in improvement of the road network.

The roads team said they had come to the county to assess the utilization of their conditional grants. Their mission therefore is funding, overseeing and maintaining with a view to ensuring that the funds are put to good use.

There is no record of misuse of the board’s grants, they said but added that project implementation reports should be submitted in a timely manner.

H.E. the governor thanked them for the visit and opportunity to interact with the County government.

He said initially there were teething problems in collaboration arrangements between the board and the County government. We came up with a solution as follows:
“County road will be aroad that starts and ends in the county and National road that which serves two counties or ends in another county,” he said.
Hon. Oparanya noted that there has been a challenge in connectivity of the roads at river crossings and the grant given does not include bridge construction.