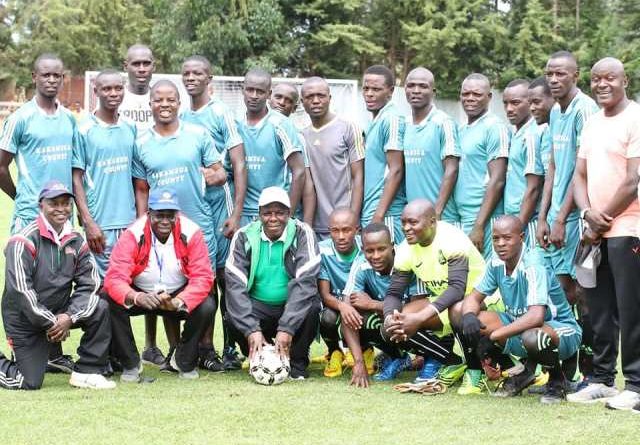 Speaking during the event, the Chairman Council of Governors (CoG) H.E. Wycliffe Ambetsa Oparanya thanked the participants for turning up in numbers despite the financial constraints being witnessed in counties.

Seventeen out of the 47 counties were unable to turn up for the competitions. “This is a very important event to us as devolution family as it provides a platform to engage constructively, exchange ideas and network,” he said.

Governor Oparanya added that the competitions will foster national cohesion and integration as counties celebrate cultural diversity across the country.

H.E. the Governor who is also the chair of the Lake Region Economic Bloc announced that Kakamega County is ready to host the 2020 edition of KICOSCA and directed his CECM for Social Services, Youths, Sports & Culture, Hon. Robert Makhanu to officially launch the bid for the same through the national governing council.

Host Governor and incoming KICOSCA patron H.E. Prof. Paul Chepkwony welcomed the guests and participants to Kericho County and lauded the organizers for ensuring a successful event so far.

KICOSCA national chairperson Mr. Peter Ogaro said the yearly inter-county event promotes patriotism and gives participants a platform to showcase their talents in various disciplines. He announced that this year’s edition has expanded to include a special category of People With Disabilities.

Other counties that have successfully hosted the fete are Nairobi, Nakuru, Eldoret, Kiambu, Machakos and Kisii in that order.

Laikipia County took the lead in the 20th minute through a well taken free kick by Rodgers Wendoh but Kennedy Wandiri restored parity for Kakamega in the 38th minute. Two minutes later captain Sam Anyova led from the front to extend the lead for Kakamega county to 2-1 at the stroke of half time.

The early moments of the second half would see Laikipia start on a high note but an own goal in the 56th minute after pressure from a resurgent Kakamega team extended their lead to 3-1. Kennedy Wandiri, displaying a man of the match perfomance, scored the fourth goal in the 58th minute as a hard working Joseph ‘Etoo’ Etemesi converted a cross from captain Sam Anyova to score his first and the team’s fifth goal in the 80th minute. Captain Sam Anyova and substitute Glen Simiyu scored a goal a piece in the 83rd and 92nd minute to take the match beyond Laikipia county’s reach bringing the final score to 7-1 in favour of Kakamega county and teaching Laikipia county some important football lessons.

H.E. Governor Wycliffe Ambetsa Oparanya who was present to cheer the team congratulated the players for the wonderful perfomance. He noted that being the first match of the competitions, the team had produced a stellar perfomance and challenged them to bring the trophy back home in Kakamega.

In attendance also was the CECM for Social Services, Youths, Sports & Culture, Hon. Robert Makhanu, Members of Kakamega County Assembly led by deputy speaker Hon. Leonard Kasaya and the County Director for Sports, Mr. James Muchiri and his counterpart in Culture, Gaudencia Otipa, among others.