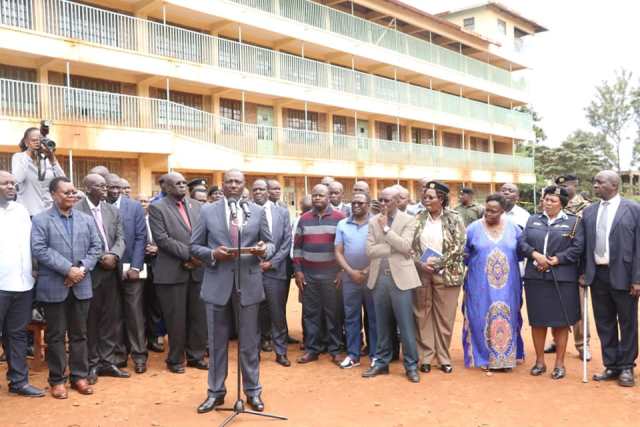 Two of the victims are still at the Intensive Care Unit at Kakamega County General and Referral hospital while 46 others are still undergoing treatment at the same hospital. 37 pupils were treated and discharged.

Deputy President Dr. William Samoei Ruto, Kakamega Governor and chairman Council of Governors (CoG) H.E. Wycliffe Ambetsa Oparanya and Education Cabinet Secretary Prof. George Magoha were among the leaders present at the school today to condole with the families of the children.

Both the deputy president and governor Oparanya announced that the county and national governments will work closely to accord the departed souls a befitting send off.

H.E. the Governor had earlier constituted a funeral committee to handle funeral arrangements. The leaders called for calm as the government multi-agency team continues with the investigations to unearth the cause of the tragedy.

Kakamega Primary school has a total enrolment of 3,128 pupils and has been posting good results in the Kenya National Certificate of Primary Education (KCPE) for many years now. The school which has been temporarily closed until next Monday will facilitate counselling services for the parents and children.

Later, the leaders also visited the two children at the ICU.