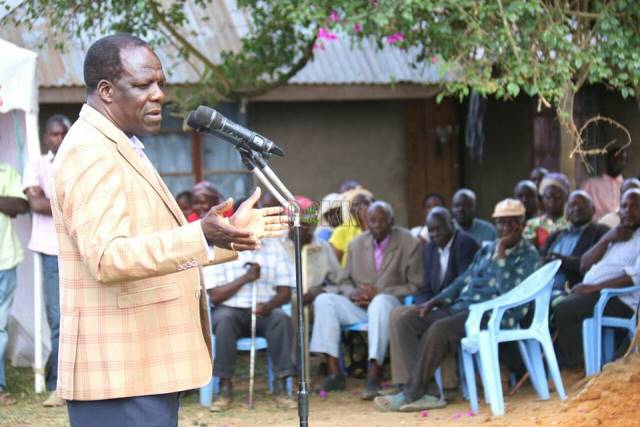 Kakamega County Governor H.E Wycliffe Ambetsa Oparanya has called on all elected leaders in the county to rally behind him as he continues to roll down his development agenda for Kakamega County.

The Governor said this in Shinyalu today when he joined family, relatives and friends of the late Victor Mambili. The deceased who met his death through a tragic road accident on the eve of Christmas was a son to Mzee Seth Mambili (HSC), a member the Kakamega County Council of Elders.

Governor Oparanya lauded ongoing construction works at Shamakhubu Level 4 Hospital and promised to fastrack the construction of a Medical Training School closer to the health facility. The same however, he added, was dependent on the locals collaboration and willingness to avail land to the county government for the planned construction and expansion of the facility. He announced that once operational, the facilities will greatly transform the living standards of locals and the county as a whole both in education and economically.

H.E the Governor called on road users to strictly observe traffic rules especially during this festive season. He as well called on law enforcers tasked with ensuring order on the roads to remain vigilant so as to reduce the number of road accidents along roads.