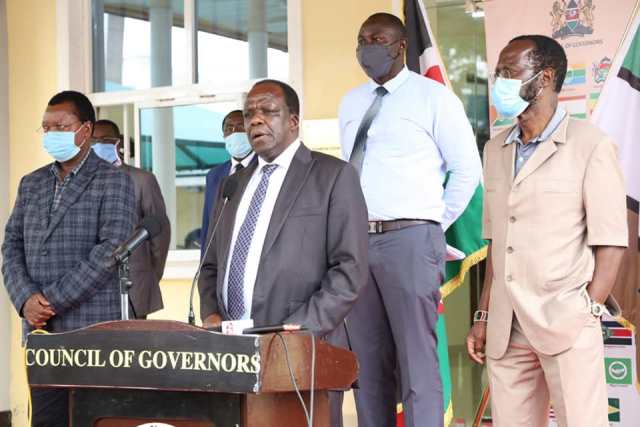 The media is an important tool of communication that reaches out and influences people widely. If used wrongly though, it can be detrimental to the extent of creating animosity in the society.

In his plans to decongest Kakamega town, Governor Wycliffe Ambetsa Oparanya is contemplating relocating the current cemetery situated within the municipality to an alternative land in the outskirts of Kakamega town.

Speaking at the County headquarters Wednesday afternoon, the governor cautioned members of the press against misinforming the public. “For any town to be elevated to a city status, proper planning that includes provision of a cemetery for burying the dead has to be factored,” the governor said. He was reacting to reports in a section of the media that Kakamega County Government has purchased land to serve as a mass grave for COVID-19 patients in the County.

He added that the current cemetery, now filled to capacity, cannot accommodate any more bodies hence the need to find another location which can serve that purpose.

As counties also, the governor said, part of the COVID-19 preparedness requirement is to allocate a cemetery for those citizens who may not be willing or in a position to bury their loved ones in their homes.

“Our Muslim brothers and sisters for instance do not subscribe to our burial traditions of keeping dead bodies for long, adding to that such people must be considered as they are also stakeholders in this community requiring such facilities,” governor Oparanya said.
He also called on politicians to desist from politicising sensitive matters that require serious attention.

He said the media is an essential medium of communication between the government and the public and appealed to media houses to report issues factually.

“Some media have even gone ahead to report that the County Government has already purchased the alleged land at a cost of Shs5 billion which is pure lies. We have not yet spent any single cent on the plan,” he said.

The governor reminded the public, however, that death is inevitable and as a leader of a government, it is important to prepare well so as to meet the needs of the residents.