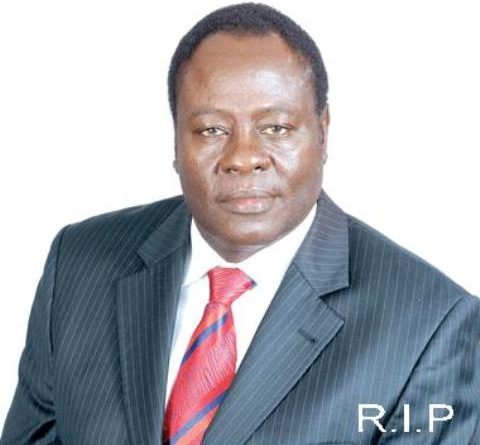 It is with profound shock to learn of the untimely passing on of Nyeri Governor H.E Hon. Nderitu Gachagua. Gachagua died today morning while undergoing treatment in London.

I knew Gachagua in the August House when he represented the people of Mathira Constituency, while I served as the MP for Butere Constituency. Both of us got elected in the 2013 General Elections as Governors, after which I interacted with my friend more often as we struggled and fought together through the Council of Governors for real devolution in the counties, a war that continues to date.

As Chairman of Agriculture Committee at the CoG, Gachagua had immense plans to develop agribusiness in the entire country, more-so the Sugarcane economy, an area which I supported him so much with interests of reviving the crop in the entire Western region and other areas for the betterment of this country.

On behalf of the people of Kakamega County, I convey my heartfelt condolences to the family, friends and the people of Nyeri County for the loss of my comrade who was a great leader.

May his soul rest in eternal peace.