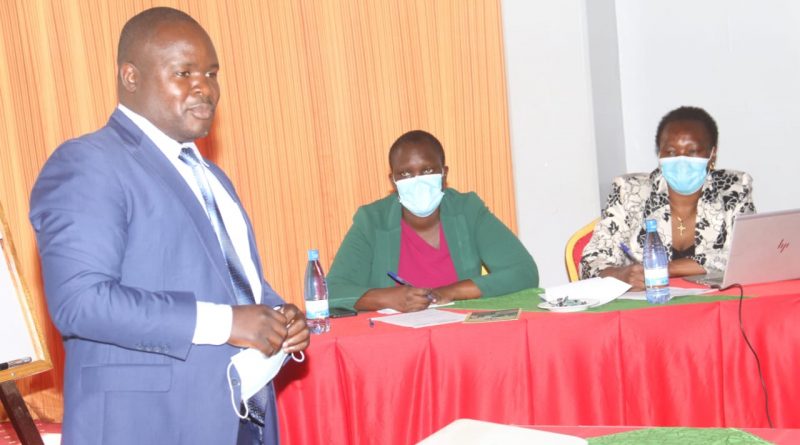 Making Well Informed Efforts to Nurture Disadvantaged Orphans and Vulnerable children (MWENDO) project has brought its operations in Kakamega County to a successful end. The project funded by the USAID and implemented by the Catholic Relief Services (CRS) supports orphans and vulnerable children through the ADS Western, CABDA and Lugari Mkombozi.

Speaking during a stakeholders forum to highlight the achievements of the MWENDO project in the County, the County Executive Member for Social Services, Sports, Youths, Women Empowerment and Culture Mr. Kassim Were thanked USAID for collaborating with the County Government in supporting vulnerable members in the society.

“This partnership has led to an immeasurable impact to the residents of Kakamega County; as we come to an end of this invaluable partnership, the Department of Social Services that domiciles the Children’s unit will continue supporting the less fortunate members in Kakamega County as part of our social protection programmes,” he assured.

The CECM also welcomed other willing stakeholders to partner with the County to scale up support to the disadvantaged residents.

Madam Yvone Atsenga from the Department of Social Services thanked the stakeholders for assisting the government during the identification of the rightful beneficiaries of the program across the County.

Madam Mogire promised to facilitate a smooth handover of their records to the relevant stakeholders for future reference. The organization has been working with the Judiciary, Police, County Government’s Childrens’ Department and the Ministry of Health to champion its course.