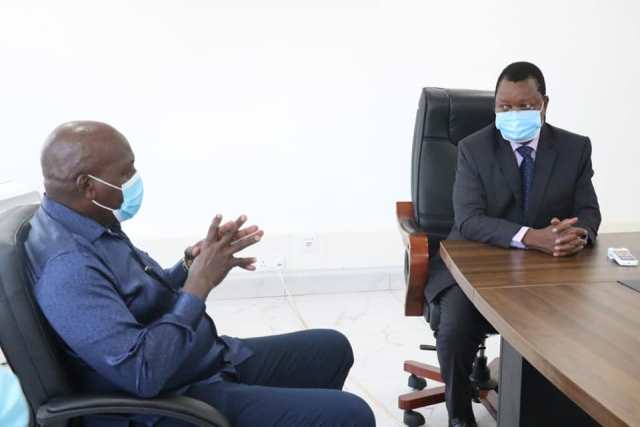 The deputy governor welcomed the CAS on behalf of the Governor H.E FCPA Wycliffe Ambetsa Oparanya and reiterated the county’s commitment in collaborating with the National Government in development matters.

“As a Government we must synchronize our activities and efforts to ensure there is no duplication of the projects being undertaken at the grass root level,” he said.

He said that the County Government has allocated more than Shs 600 million for execution of various water projects among them Lirhanda in Shinyalu (87 million), Butwehe in Ikolomani (38 million), Lwakhupa in Navakholo (45 million) and Musembe in Lugari (38 million).

The CAS said the National Government through the National Water Harvesting and Storage Authority has prioritised storage of water by use of technology to compliment the efforts of the counties.

Dr Tuimur was in the county to inspect the progress of Utende Water project for schools in Mumias West sub county. His tour will also extend to Bungoma, Busia, Vihiga and Nandi counties.