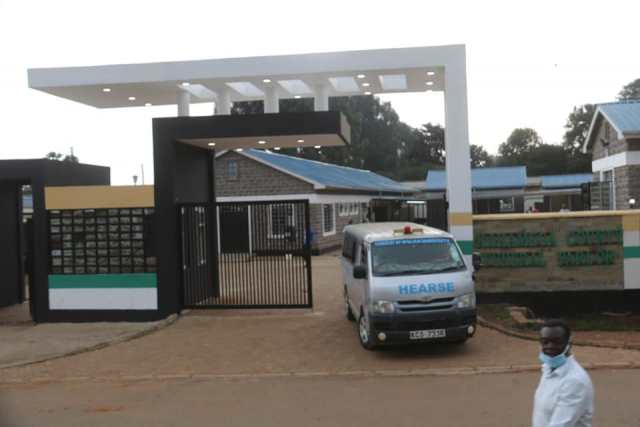 Safe keeping of the dead in a mortuary whenever the cruel hand of death strikes continues to be the most respectable and fashionable manner of paying last respects to departed loved ones not only in the African culture but also globally.

The Health-care system in Kakamega County continues to bask in the glory of devolution with several flagship projects already initiated and operational under the stewardship of H.E. FCPA Wycliffe Ambetsa Oparanya. His tenure as the Governor has seen the establishment of among others; a Blood centre, a Cancer diagnosis centre and a spectacular ultra modern funeral parlour – Kakamega County Funeral Parlour. Previously the county operated a dilapidated facility housed in buildings with run-down machines.

The funeral Parlour harbours a Medicolegal cases section, General (ward) mortuary services section and a VIP section. It also has two chapels; one for VIPs and another for the general and medicolegal cases, an ablution block, a body viewing room, fully furnished accomodation rooms for the morticians and a canteen.

Governor Oparanya who made an impromptu stop over at the parlour last Friday said with its current capacity, the facility will meet the needs of residents saving them from the cost of transporting their loved ones to other counties for preservation.

Despite being operational, the facility will officially be commissioned in September.