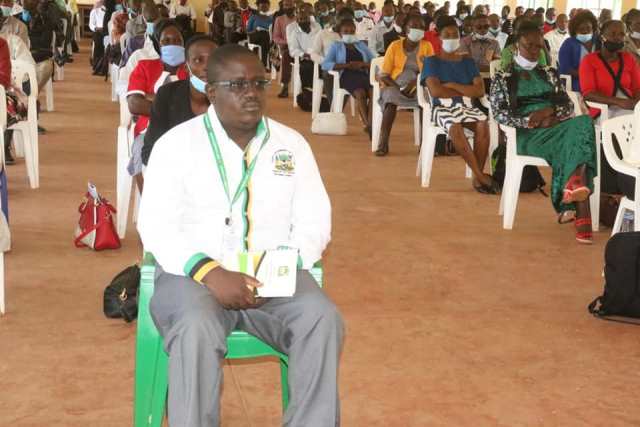 The staff, 170 in number, will now undergo an exhaustive training on the Finance Bill, Cashless System, County Laws, the Kakamega County Revenue Agency (KCRA) regulations and the public officers code of conduct before they are released into the market field.

They will also be trained on KCRA Strategic plan, Communication Skills & PR and Protocol and Governance.

Addressing the officers, Kakamega County Executive Committee Member (CECM) for Finance, Planning and ICT Dr. Beatrice Sabana officially welcomed the revenue clerks into Government and explained to them their mandate and expectations in a forum organized by the Kakamega County Revenue Agency (KCRA), at Social Hall, Kakamega.

Dr. Sabana said revenue collection remains a key priority of the Government as envisaged by H.E Governor Wycliffe Ambetsa Oparanya. The Government, she said is aiming at a Shs 2.1 billion revenue target this financial year and challenged the collectors to live up to the expectations of their employer, terming the goal achievable after a similar exercise carried out by senior Government officers comprising of Chief Officers, Sub-County and Ward Administrators under the supervision of CECMs, raised the annual revenue collection in the County from Shs 400 million to more than Shs 1 billion within months.

‘’We were tasked with revenue collection after H.E the Governor sent 143 collectors on a compulsory leave to establish the cause of massive leakages in revenue; so we are aware of what can be achieved in this County in terms of revenue collection,’’ she said.

Dr. Sabana added that the target was arrived at after the Government conducted a proper mapping exercise and asked the new clerks to remain focused and committed to their duty in order to achieve their mandate. She cautioned them against engaging in malpractices that might compromise delivery of service.

Kakamega County Chief Revenue Administrator Madam HSC Beatrice Memo on her part said digitization of the process will increase revenue collection and called on the clerks to observe professionalism while on duty.

“This team will fill the gap left after the dismissal of 60 former revenue clerks who bridged the Constitution by not observing chapter six on leadership and integrity,” Madam Memo noted.

The clerks who were recruited from the Ward level will be contracted for a period of one year, renewable subject to perfomance.

The meeting was also attended by Chief Officer for Finance Amb. CPA James Ochami and officers from the Kakamega County Revenue Agency.