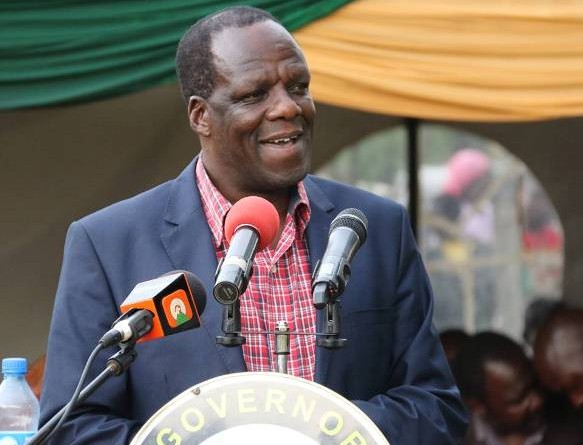 Whoever claims to read disunity among the political parties that form the coalition for Reforms and Democracy (CORD) should give it a second thought. “Let no one deceive you that CORD is crumbling. We are more intact than any other time since the formation CORD in 2012.” This statement was said today by Kakamega County Governor, who is also the Deputy Party Leader for Orange Democratic Movement (ODM) H.E Hon. Wycliffe Ambetsa Oparanya, at Imbiakalo Market in Malava Sub-County. Governor Oparanya assured CORD members that ODM, WDM and FORD-Kenya political parties are fully united and that the coalition’s mandate is to take the leadership of this country through the forthcoming 2017 general elections. Governor Oparanya washed away all those who peg the unfortunate bizarre act that happened last Saturday at the launch of Senator Moses Wetangula’s Presidential bid at Muliro gardens on any Luhya leader, saying as sons of the larger Mulembe nation, any emerging difference among them will be ironed out through a healthy dialogue. The Governor was on a mission to financially support over 2,000 widows from Kabras West Ward. The Governor gave his donation of Shs.200,000 and promised to top it up with another Shs.350,000, bringing the total amount of money collected in aid of Kabras West widows to Shs.1Million. The money will be used to empower the widows by expanding their businesses. Oparanya urged all the widows and widowers in the county to form groups through which they can benefit from the county government’s projects such as the one cow initiative, Fish Farming, Improved Poultry Farming, Mikopo Mashinani among others.