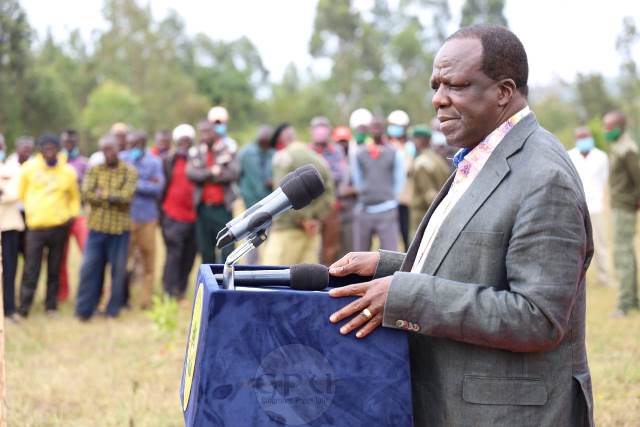 He said the demands being advanced by doctors, nurses and clinical officers cannot be handled by Counties due to financial constraints.

“Even if the strike will take a whole year, we have no capacity to handle the demands. We are limited by funds and we cannot lie to the Unions that we will give them money,” said Dr. Oparanya.

He said health workers are demanding for risk and final send-off allowances yet Counties have no funds that will warrant them to pay the allowances.

The Kakamega Governor regretted that industrial strikes take a lot of time to handle affecting the growth of the economy.

“Some issues can be solved through dialogue. Dialogue will save us from wasting a lot of time on strikes that affect service delivery,” he said.

He appreciated health workers in 10 counties who have not gone on strike.

The Governor who was speaking at Malava during training for Community Area Councils, he said delays by the National Treasury to disburse County funds is a ploy to kill devolution noting that National Government staff are paid salaries yet County Governments struggle to cater for the salaries of their staff.

“We are facing a lot of financial challenges because we do not have money. Contractors and suppliers are on our necks demanding for their payments yet we are unable to pay them,” said the Governor.