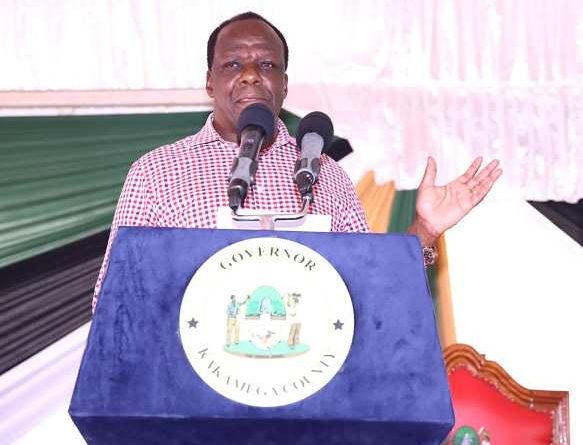 The Governor was speaking at Shamberere grounds, Malava Sub-County during a Public Participation meeting Friday, where he explained that following the ruling, the devolved units are now free to procure the essential commodities from suppliers of their choice. This, the Governor noted, will give an opportunity to the Counties to engage reliable suppliers who will deliver drugs on time terming it a big reprieve to the devolved units which have been under punitive restrictions to purchase the commodities from Kemsa.

“Lack of capacity by Kemsa has subjected patients across the country to immense suffering due to delayed delivery of pharmaceuticals; soon the shortage will be a thing of the past in Kakamega as we have identified an alternative and reliable distributor capable of supplying the drugs on time,” the Governor assured.

Governors through the Council of Governors (CoG) filed a case against the National Assembly and the Attorney General to be allowed to purchase the medical supplies from different dealers instead of being restricted to the Kenya Medical Supplies Authority (Kemsa) arguing that Kemsa is unable to meet the county government’s demands.

During the public participation meetings being conducted in all the 12 Sub-Counties, residents are given a chance to ask questions touching on various sectors which are responded to by the respective departmental Chief Officers and other senior County Executives. Likuyani and Lugari Sub-Counties have so far hosted similar events, successfully.