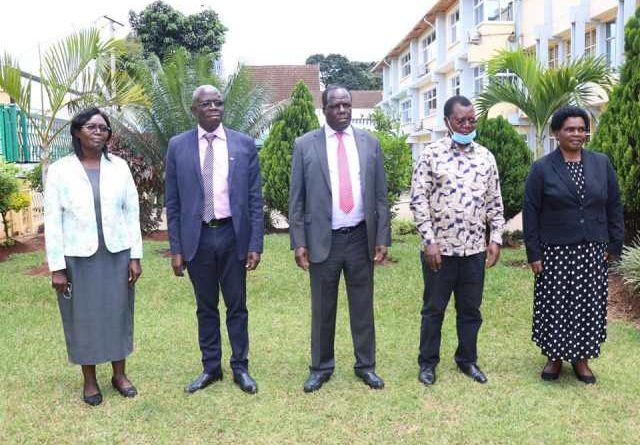 The financial crisis in the devolved units caused by a stalemate in allocation of the nation’s sharable revenue by the Senate, could lead to a shutdown of operations in the counties if not quickly addressed.

The Governor said that the stalemate has impacted negatively on delivery of services especially the development agenda in the counties.

“If a series of meetings slated for next week fails to unlock this impasse amicably, counties will be left with no option but to shut down,” he explained.

He applauded county employees in Kakamega for remaining calm in the face of the current challenges. “This county has not had staff unrests as witnessed in other areas and this clearly explains the good understanding of the situation we are in by you,” he added.

The County boss congratulated the two new officers for the appointment and called on them to observe high levels of integrity and diligence, while discharging their duties, in accordance with Chapter 6 of the Kenyan Constitution.

“There is already an existing government structure and a working system that calls for impartiality from you; you will be expected to promote public confidence as you are accountable to the people,” he directed.

Madam Masaviru, a reputable and long serving public servant, is the immediate former Chairperson of the Kakamega County Public Service Board. Mr. Kulati Wangia on the other hand is the immediate former CEO of Kakamega Microfinance Corporation. Before his appointment to the latter position he served as the County Executive Committe Member for Agriculture during Governor Oparanya’s first term in office.

The governor also thanked the County Assembly, represented by the Majority Leader Hon. Joel Ongoro, for expediting the vetting process.

Deputy Governor Prof. Phillip Museve Kutima on his part reminded the two officers that the powers they will be exercising while in office are delegated by H.E the Governor. He called for frequent consultations between the officers and their colleagues.