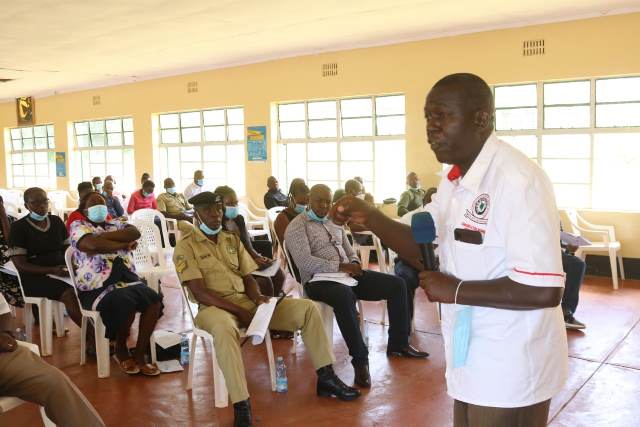 The Interim Management Commitee of the County Government of Kakamega Staff Welfare Association abbreviated as GOKASWA Monday begun a Public Participation exercise to sensitize members of the Association, who are County Government staff, on the Draft Constitution before its ratification during the Annual General Meeting next month.

According to the GOKASWA Interim Committee Chairperson Mr. Benson Ochomo, who graced the exercise at Kakamega Social Hall, the Association has 6,450 members and will soon be expanding its tentacles to cover staff of County Agencies.

“We are presenting this document to all our staff so as to subject it to critic and to ensure everyone’s input is included in the final document; the main objective is to make sure all our staff own the final welfare Constitution,” he said.

The Association that has the blessings of its patron H.E Dr. FCPA Governor Wycliffe Ambetsa Oparanya was formed in the year 2016 to champion for the welfare of County staff.

Mr. Ochomo explained that his 12 member committee was constituted with the aim of clearing a backlog of cases, reviewing a draft Constitution and leading members to elections to elect bona fide officials of the non-profit making entity.

The Interim Secretary Ms. Leah Juma who led another team for a similar forum at the Mumias Cultural Center in Mumias West Sub-County exuded confidence that the forum presents a perfect opportunity for members to share their views and learn more about the mandate of the Association.