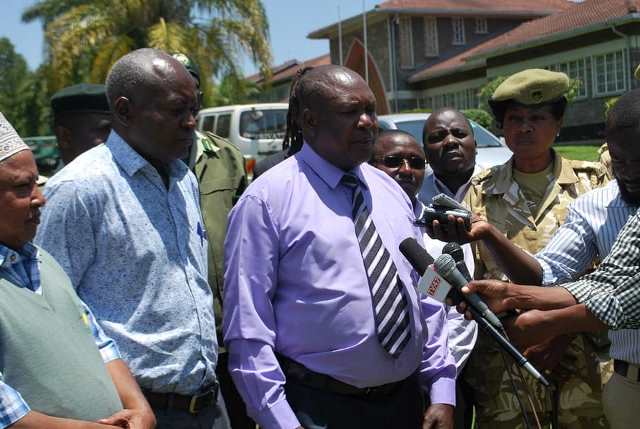 Erecting an electric perimeter fence around Kakamega forest is one of the components under the Kakamega Forest Conservation Programme that will be implemented jointly with partners in collaboration with communities. This is according to Kakamega Governor H.E. FCPA Wycliffe Ambetsa Oparanya.

In his speech delivered by the Chief Officer for Environment & Natural resources Mr. Palapala Muteshi at Bishop Stam in Kakamega, Governor Oparanya said the law requires that before such a project is implemented an Environmental Impact Assessment study be undertaken where all stakeholders are involved to generate views on the project. “As Kakamega county government we are supportive of this project as the forest is a key resource of our county with a great potential of contributing to our eco-tourism and enhancing revenue generation,” said the governor.

He noted that the growth in the community population around the forest invites extreme pressure due to encroachment, poaching and wildlife-human conflict which threatens its existence. “As a county we have committed Shs. 100 million budget towards the fencing project and we are grateful to Rhino Ark for making a similar commitment,” he added.

The governor urged the forest community to support the conservation objective, revenue generation, eco-tourism and even creation of employment for the residents.