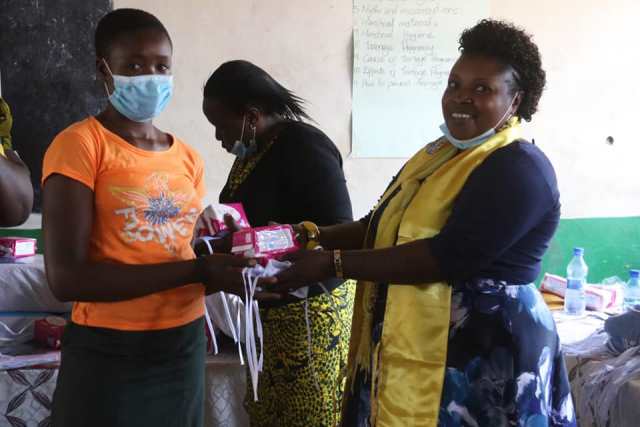 Kakamega county recorded 6,669 cases of teenage pregnancies between the months of January and June 2020.

These statistics from the recent Kenya Health Information Systems (KHIS) survey have rattled not only parents and teachers but also health workers, administrators and crime prevention agencies.

The stakeholders led by Kakamega County Gender Affairs and Special programmes Advisor, madam Peninah Mukabane have now called on parents to be more vigilant and take measures to safeguard their daughters especially those nearing puberty.

Speaking at Kwirenyi Secondary school, Shinyalu sub county during a training and sensitization programme on teenage pregnancy to hundreds of girls from the region, madam Mukabane said the future generation of the girl child is endangered if the worrying trend persists.

“These statistics indicate that 8% of our school going girls are either pregnant or have delivered. It behoves stakeholders to come out firmly and condemn such acts so as to restore the dignity of our society,” she said.

Madam Mukabane who is also the chaiperson of the Women in Action Initiative, an organization that is addressing issues of teenage pregnancies, said poverty and peer pressure were the main causes of early pregnancies among the girls. She expressed her concern that the cases might rise further due the COVID-19 pandemic.

Mukabane also called on law enforcement agencies across the county to strengthen enforcement of the laws related to early pregnancies.

She said her Gender Affairs and Special programmes office together with the Women in Action organization have partnered with various organizations such as Soroptimist International and Building Livelihoods to achieve this objective.