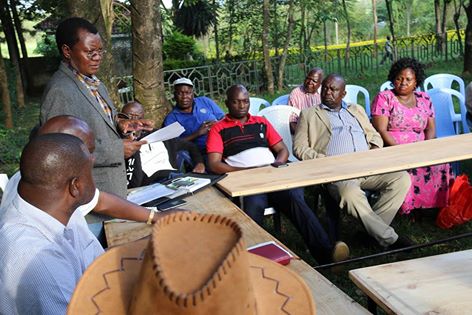 Speaking while addressing mouners on Sunday when he took County Government donation of foodstuffs to the family of The late Hon. Shitanda, The Deputy Governor said, “As a renown leader from this land, Soita has many friends who surpass the political realm. As Sub-Committees working on a program for the last respect of our son, let no one introduce cracks amongst us on political grounds as word out there is that some leaders from this region are busy plotting to enter Kabras in style on Shitanda’s death! We are watching and we won’t allow that to happen,” he added.

The County Government is jointly working with The National Government in seeing to it that The Late Hon. Soita Shitanda is laid to rest as a National Leader and as a man of the people. Both Kakamega and Nairobi Committees, in liaison with the late Soita’s family, have settled on Saturday 4th June 2016 as the day to bid farewell to The Late Hon. Peter Soita Shitanda at his home in Malava Sub-County. The full program of this ceremony will be unveiled to the public in due course.